Get instant property alerts for www.hammersellshomes.com

Get the MoveTo App

Gig Harbor is one of the most beautiful places you can care to call home. It's geography includes a wide variety of areas and homes (ranging from older, charming homes to brand new builds to waterfront or very large and secluded properties), dining, entertainment, outdoor activities, excellent schools and shopping.

The Gig Harbor Peninsula Community area is located in northwest Pierce County, Washington. Puget Sound marine waters surround the Peninsula on three sides (Henderson Bay, Carr Inlet, Hale Passage, the Tacoma Narrows, and Colvos Passage). The 2018 estimated population of the area is 30,500 persons, including 8,651 persons within the Gig Harbor city limits. In addition to the City of Gig Harbor, several small-unincorporated communities exist throughout the area and are listed below as a part of the Greater Gig Harbor Community. 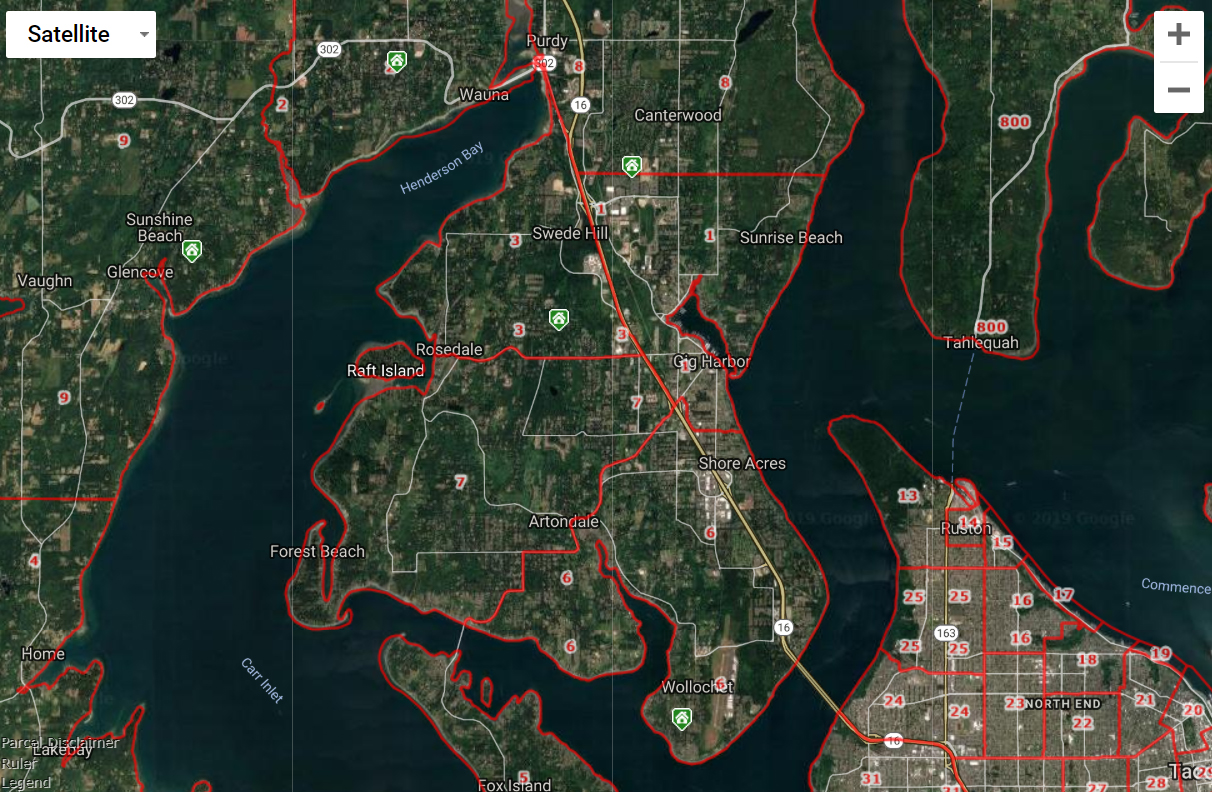 Purdy is located at the north end of Henderson Bay, adjacent to Burley Lagoon at the intersection of SR-16 and SR-302. Along with residential uses, several gas stations, retail businesses, Peninsula Light Company, and Peninsula High School are located in this area. The Purdy Bridge crosses the southern portion of Burley Lagoon and connects the Gig Harbor Peninsula with the Key Peninsula at the Purdy sand spit. 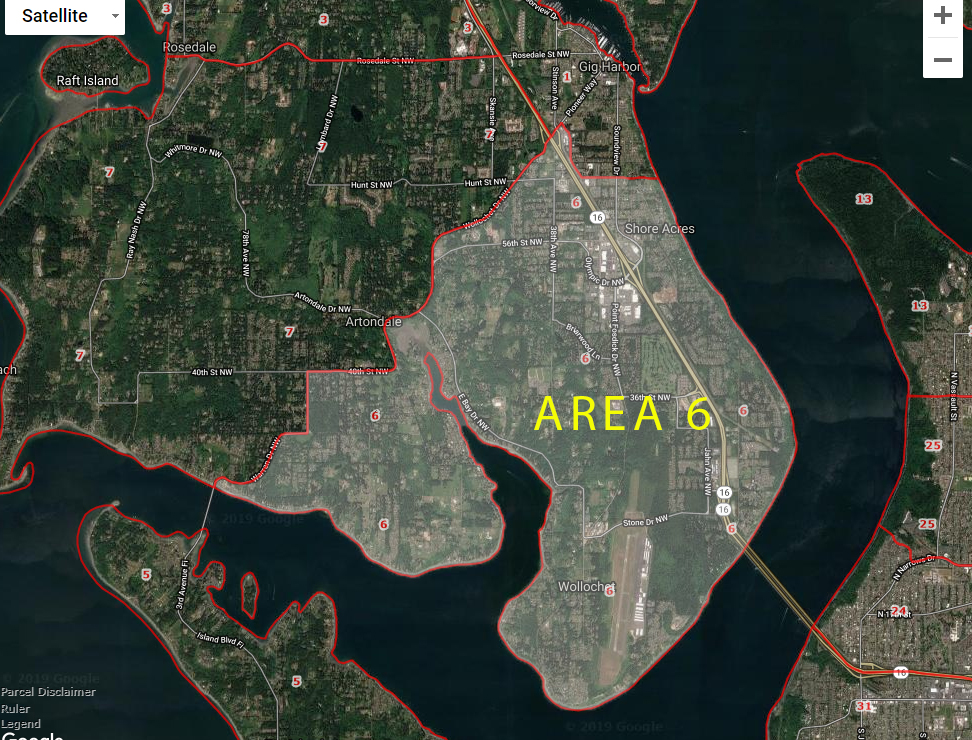 Artondale is generally considered the area northwest of Wollochet Bay, south of Rosedale and east of Arletta. There are several large undeveloped lots in the Artondale area ranging from 20 to approximately 100 acres. Some of these large parcels contain mature stands of timber. There are also a number of moderate density single-family neighborhoods, most notably in the vicinity of 40th Street and 70th Avenue. The Gig Harbor Golf and Country Club is located in Artondale. 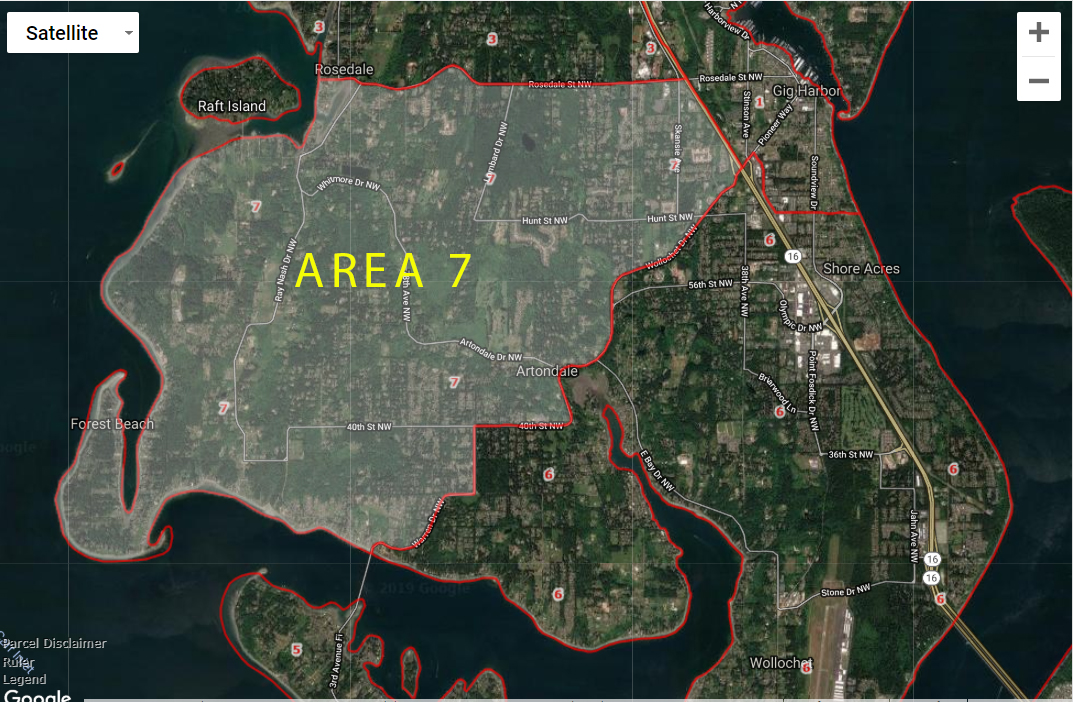 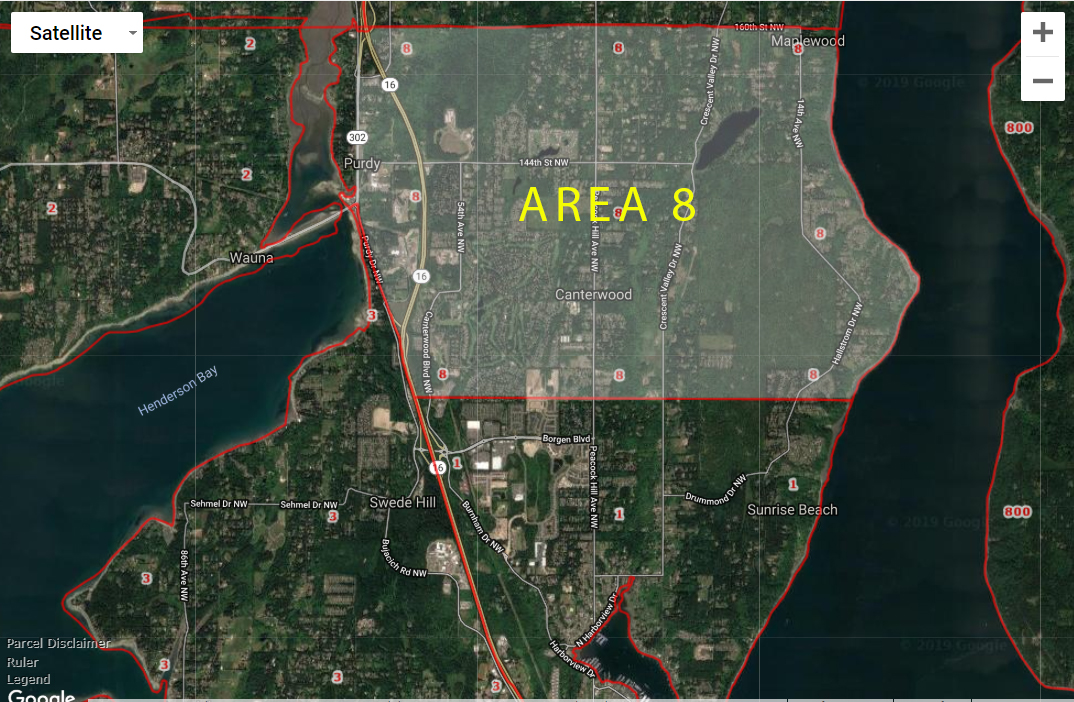 Gig Harbor has a marine west coast climate: Warm and dry summers, transitional springs and autumns, and cool and wet winters, with occasional snow. The annual high and low temperatures of Gig Harbor are 59.3°F and 44.8°F, respectively, making for an average of 52.05°F.

The Peninsula School District is the district covering the city of Gig Harbor and the peninsula.

Things To Do in Gig Harbor

Where to Dine in Gig Harbor

Reviews on Zillow
3477744
"Shane is an amazing realtor to work with, he was so helpful in finding us the perfect house, even if it meant showing us several properties. He was ... more "

5.0/5.0
by Anastasia Kaminski
3458700
"Shane Klinkhammer was the best realtor I have had the pleasure of working with in the sale of my home. I have purchased, sold and rented several ... more "